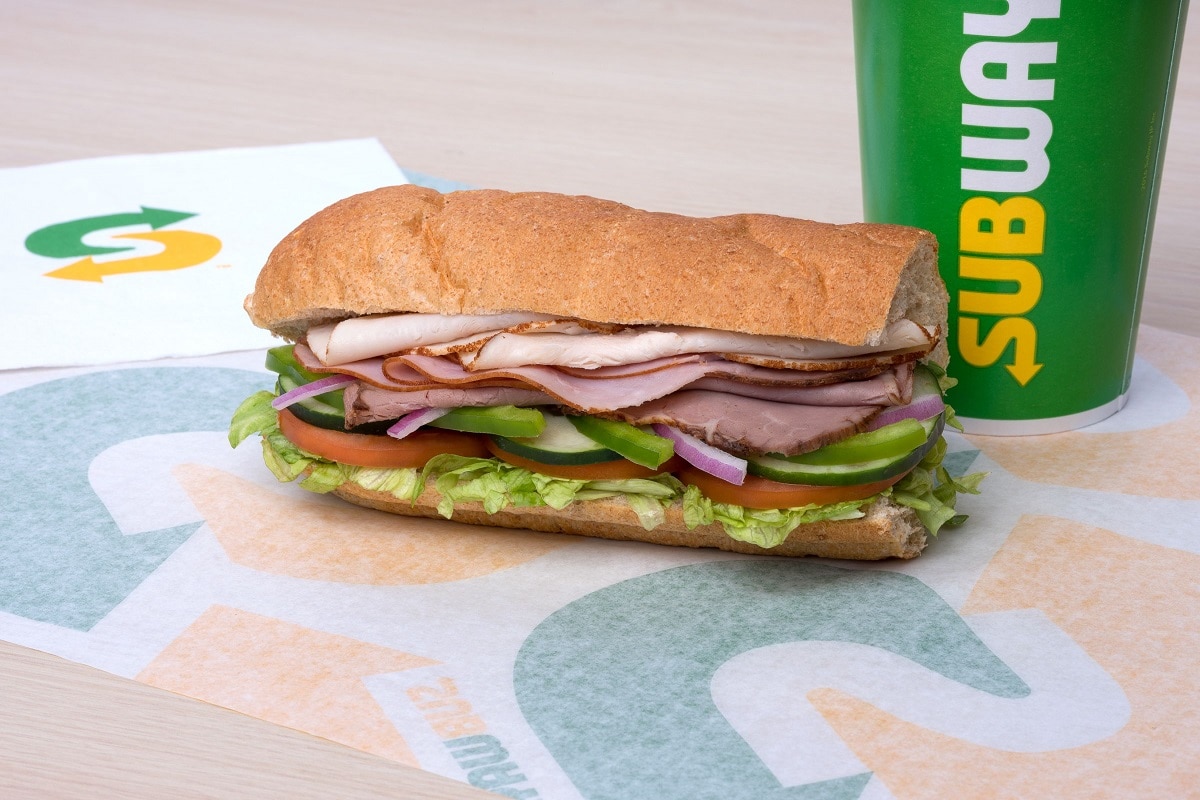 How to invest in Subway Stock? Is there a Subway stock price? Subway is one of the fastest-growing franchises and one of the largest restaurant companies with over 41,000 locations in more than 100 countries.

Subway has over 23,000 locations in the United States which is more locations that any other fast-food or quick-service restaurant chain. The company is headquartered in Milford, Connecticut.

It has built a reputation  of being a healthier fast food option. At a time when  obesity and other health issues are in the spotlight, Subway is helping to change people’s perception of what constitutes good food. Soon, other companies jumped on the bandwagon.

Subway has a large and very loyal fan base which makes it the largest fast food company in the world. Its growth is continuing  and the company is opening up new stores at a rapid pace.

Let’s look at whether investing in Subway Stock is a good option, the Subway stock price and how to buy Subway stock.

How was Subway started?

The company began In 1965, when 17-year old Fred DeLuca borrowed a thousand dollars from his friend Peter Bucks to start “Pete’s Super Submarines”, a small restaurant, in Connecticut.

They later formed Doctor’s Associates, Inc., which is the the parent company of Subway. It was formed to oversee operations of the restaurants as the franchise expanded.

One interesting point to note is that Doctor’s Associates is not affiliated with any medical organization but was named so because Buck had a doctorate in physics and because DeLuca’s goal was to earn enough from the business to pay tuition for medical school. Subway began in 1968, when they renamed their restaurant Subway. Subway opened its initial franchise in 1974 in Connecticut and launched its first international location in Bahrain in 1984.

Subway’s growth has been explosive because Subways were easy to open.

The growth towards tens of thousands of Subway restaurants was rapid. The company opened 200 individual subway restaurants by 1981 and soon went international. The number of stores skyrocketed to 13,200 with gross sales of $2.1 billion by 1998.

By the end of 2010, Subway became the largest fast-food chain worldwide. Subway franchises are one of the cheapest chains to franchise, costing between $116,000 to $263,000.

This figure is low compared to opening a McDonald’s, which is about $2.2 million. The look and feel of Subway franchises are the same, although they are owned independently.

Subway pioneered the ability to customize your sandwich, and the exciting thing about it is its open-kitchen format.

It redefined fast food with fresh ingredients that customers could also see. Subway marketed itself as a healthy alternative to fast food.

Jared Fogle who claimed to have lost over 200 pounds eating a Subway diet became the face of the company.

Subway made him a spokesperson for its advertising campaigns from 2000 to 2015, and he was closely associated with the brand. However, the company cut ties with him after his conviction in 2015.

Subway became the largest advertiser in New York City to combat criticism over its use of monosodium glutamate (MSG) and non-meat fillers.

How much does a Subway franchise make?

Although Doctor’s Associates doesn’t own a single Subway restaurant location, it charges its franchisees a weekly fee of 12.5% of gross sales minus the sales tax. 8% towards franchise royalties and 4.5% towards advertising.

Virtually all Subway restaurants are franchised and are present everywhere, ranging from airports to convenience stores.

However, the company has seen cannibalization from the opening of too many Subway locations, sometimes close to each other. This creates issues for franchisees.

The Covid-19 pandemic has caused a decline in foot traffic in restaurants. As a result, several franchisees have closed.

Furthermore, competitors are copying Subway’s strategy and moving into healthier alternatives as consumers are focused on eating healthy.

Subway intends to revamp its stores and menu items, and it remains to be seen whether it can stop its stores from closing through its change in strategy.

Who owns Subway and how to invest in Subway stock?

Why should you invest in Subway stock?

Here are some of the reasons you might want to buy subway stock.

1. Subways are everywhere. You can find them in airports, malls, schools etc., so it makes for a good investment option if you have capital to spare.

2. It’s an easy business to run with low overheads that generate good revenue.

3. The company is growing at a steady pace. Subways are opening all over the world, and the company generates good revenue because of this growth.

4. The Subway brand is strong with excellent consumer recognition. Customers are loyal because they associate the brand with healthy eating.

5. The company has a smart marketing strategy, and it generates revenue from foot traffic which is always beneficial for retail investors.

Buying subway stock is a smart  investment if you believe in the Subway brand as well as its business model. It has a simple and easy to manage business model with strong cash flow because of repeat customers.

Can you invest in Subway stock?

If you want to buy Subway stock, you might have to wait until Subway issues an IPO because Subway is still a privately owned company owned by Doctor’s Associates. Chick-Fil-A is one of the other restaurants which has opted to be privately owned as well.

However, if Subway goes public and Subway stock becomes available, you might want to buy Subway stock as it is a sound investment.

We don’t have a Subway stock ticker because Subway is a private company and is not listed on the stock exchange.

As you need to wait until Subway issues an IPO to invest in Subway stock, let’s look at alternatives to investing in Subway Stock.

Alternatives to investing in Subway stock

These are the biggest fast food companies that are usually in restaurant locations shared by Subway but there are other casual restaurants and fast food chains that compete with Subway.

McDonald’s (NYSE: MCD), the king of fast food with its golden arches, is one of the most recognizable and loved brands. The fast food giant has more than 39,000 restaurants in over 100 countries. 93% of the restaurants are franchised.

McDonalds is one of the other large restaurant companies that has universal appeal and it is the largest burger chain the world. The company has evolved over the years. It was a fast food company that had a terrible menu and reputation in the ’90s, but it has reinvented itself, running a successful business globally.

McDonald’s reported $19.2 billion in revenue for 2020 and employed roughly 200,000 people at the end of 2020. Revenue declined in 2020 partially because of the pandemic and the company’s refranchising effort.

The goal of the refranchising effort is to unload most of its company-owned stores. Due to its McDonald’s global presence, it competes against other national chains and regional and local restaurants.

We should see McDonald’s recover from its sales decline of nearly 8% in 2020 as the situation and restrictions caused due to the pandemic get rectified. In 2021, McDonald’s is expected to see normalized earnings.

In China, these brands are operated by a separate company, Yum! China. YUM has over 50,000 restaurants in more than 150 countries, and independent franchisees operate 98% of their restaurants.

The company has relied on drive-thru service for its stores and has managed to weather the storms during the pandemic.

According to its 2020 annual report, the KFC franchise was the most significant contributor to sales with $26,289 million in 2020, followed by Pizza Hut with $11,955 million and Taco Bell with $11,745 million in annual sales. The Habit Burger Grill Division had annual sales of $370 million.

However, Pizza Hut is seeing significant declines in sales and stores, signaling that Yum! Brands is under pressure.

Looking at shareholder returns for the past five years, Yum Brands outperforms Restaurant Brands International but lags behind McDonald’s.

Yum! Brands is a great company with a strong balance sheet. As the pandemic restrictions ease, we can expect sales to increase.

It is a holding company formed in 2014 by the merger between the American fast-food chain Burger King and the Canadian coffee shop and restaurant chain Tim Hortons.

In 2017, the purchase of American fast-food chain Popeyes Louisiana Kitchen made it the fifth-largest operator of fast-food restaurants in the world.

Restaurant Brands International is based in Toronto, Canada, and both Burger King and Popeyes are headquartered in Miami for tax purposes.

These companies have stood the test of time and are hugely popular. Buying shares in this holding company means investing in 3 popular brands that have their presence all over the globe.

The three fast-food companies have grown individually, through acquiring other brands and by integrating them into the business model.

The company is well-positioned to compete against its peers, as it has a strong balance sheet.

Burger King has just under 18,700 restaurants, while Tim Hortons has 4900 coffeehouses and 3400 chicken chains, and this brings Restaurant Brands International’s total to 27000 worldwide.

This has narrowed the lead between McDonald’s and Restaurant Brands International.

The United States is an important market for Burger King. The pandemic restrictions have severely hit the fast-food industry, and Burger King has lost some of its retail sales in the past year.

Additionally, Burger King has a poor value proposition when it comes to its restaurant and menus, which it is looking to address. Although the company plans to open between 200 and 250 new restaurants in the coming year, it still has a long way to go compared with its peers.

Plans to remodel restaurants and install digital outdoor menu boards at its drive-through locations are underway.

The decline in customer demand is also partly because of the poor value proposition of the company, which it is looking to turn around rapidly.

As a global relaxation of restrictions on restaurants happens, the company will recoup its lost sales.

The challenges of Tim Horton’s are primarily because of the lockdowns in Canada, which accounts for nearly 80% of its restaurant footprint.

The coffee chain had faced some sluggishness in sales before the pandemic and had taken some initiatives to strengthen its business and modernize its restaurants.

However, the branded coffee industry underwent a 22% contraction during 2020, and Tim Hortons’ retail sales in Canada declined by 17.5%. As vaccinations increase, Tim Horton’s business will rebound.

Popeyes Louisiana Kitchen had a solid performance in FY2020. The shortfall in sales in the fourth quarter of 2020 was because of the brand’s substantial growth since the launch of its iconic chicken sandwich.

New store launches, menu innovation, delivery orders, and the loyalty program will contribute to the development of the business in the coming years and Restaurant Brands International stock is a great buy.

Will Subway ever go public?

If you want to buy stock in Subway, you must be wondering if Subway will ever go public. The company reported that it wants to remain privately held because it “can move more nimbly in the marketplace.”  In addition, Subway does not have shareholders that need regular reports on company performance as is the case with publicly-traded companies.

It is likely that Subway will not go public in the foreseeable future because it has a strong enough share in the restaurant industry and does not need any further capital or support from shareholders.

However, if Subway were to go public in the near future, this would provide passive income for those who buy stock in subway, as well as tax benefits for those who hold onto Subway stock.

However, if Subway chooses not to go public you are limited in the way you can invest in them. Nevertheless, it is one of the companies to watch.

Although Subway stock and therefore Subway stock price is not available, any of the competitor stocks of Subway will be a good investment, and you can buy these stocks online. If you’re unsure of your investment strategy, it would be prudent to consult with a qualified stock advisor.